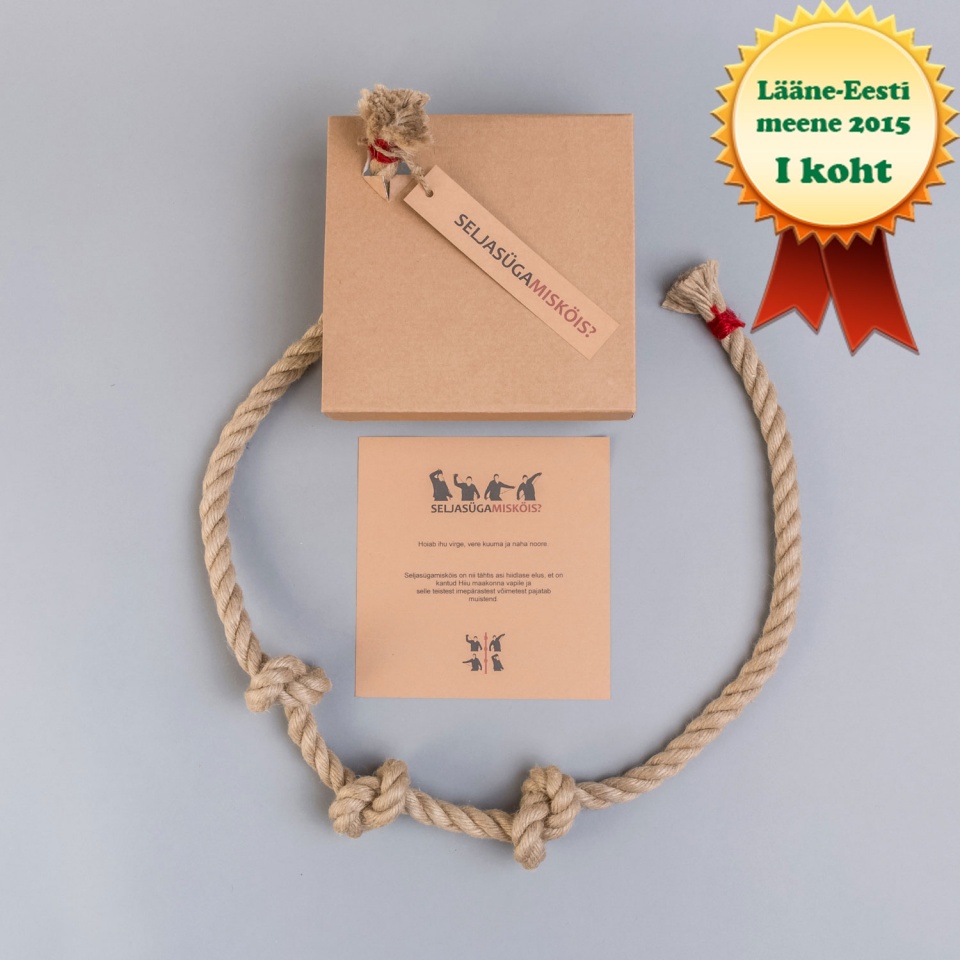 Keeps the body in tone, the blood hot and the skin young.

The back-scratching cord is such an important part of life for Hiiumaa's islanders that it's on the Hiiu County coat of arms. The legend tells about its other miraculous powers.
The four lilies on the Hiiu County coat of arms are taken from the coat of arms of the Ungern-Sternberg, the island'snoble family from times past. The lenght of rope with three knots in it comes from a folk tale, according to which an old Hiiu islander gave sush a rope to some fishermen from Tallinn who had been forced ashore on Hiiumaa by stormy seas. The rope was something that hung in the old man's hut and according to him, it had the power to help the fishermen return home safely. Undoing the rope's knots at sea conjured favorable tailwinds but ignoring the instructions for its correct use, that is undoing the knots at the wrong place whisked the fishermen right back to Hiiumaa.
Even though the legend doesn't say exactly what kind of rope the old man had hanging in his hut on Hiiumaa, it's wery likely that it was none other than this very same back-scratching cord - a completely original Hiiumaa invention.